Presentation of the edition

You are here: Home1 / Presentation of the edition 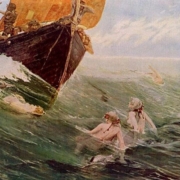 At the Conference organized in the spring of last year 2017 by the “Rasztòw Group Analysis Institute” in Warsaw: The desire for homogeneity and conflict (Pragnienie jednorodnosci a konflikt) at the University Library, some vibrant thematic cores were presented and discussed, considerably interesting to the work of the groups, starting from the presentation of

Maciej Zbyszewskion the leading of groups with war veterans, in which conditions emerged of the extraordinary nature of war experiences and the difficulty of transforming the conflicts. In the group, the needs of the subjects, punctually identified, appeared linked to chronic dimensions of estrangement from contact with civil society and to the permanence of traumatic memories. Significantly, the isolation was also showed and loss of discernment of common values, connected to the sectorial specialization of war relations that are difficult to abandon.

ThediscussantKatarzyna Prot-Klinger examined the common resources that can be elaborated in the homogeneous groups, recalling the comparison with group work with Holocaust survivors, examining the resources of commonality but also showing on the other side the problems connected with the risk of excluding subjective deep experiences and ambivalent transference, in a common emotional field, felt as homogeneous. The themes, despite their drama, were treated with considerable punctuality and many aspects of the formation and leading of the homogeneous group and of the presence of homogeneity within the group were clearly placed. This made immediately usable to the audience the participation and generated an alive debate at various levels.

Stefania Marinelli’spresentation followed, on groups with anorexic patients, and at first the subject seemed to be very different from the first treatises. But then, at least this happened in the mind of the speaker, who writes this presentation, the dramatic background of the theater of war and its concrete victims seemed resonant with the themes of the concretely restrictive and perched mind, and was syntonic with the work of the group. The victims of the starvation, which had been forced to anorexicate the vital somatic and psychic contents, now were communicating with the victims of the war devastation, and took a place in the group which was talking about them. The Conference furthermore took place right in the city of Warsaw, recently rebuilt with the splendor of a time after destruction suffered in the Second World War (on the same day the City Museum dedicated to the history and reconstruction of Warsaw was inaugurated, with extensive documentation from ancient times up to the post-war period, untill to present). Finally,

Tomasz Kudelski,who was the discussantthis presentation, produced some interesting observations on the deeply ambivalent meaning of the group format based on the monothematic or monosymptomatic “homogeneous” composition: notations were useful in general to reflect about psychoanalytical process, but particularly precious for those who practice group therapy and therefore will elaborate the criteria that inspire the formation of the group and can promote its process.

Either by contrast or by group discipline and training to think, the audience was extraordinarily productive and the debate was very participatory, orderly and full of meaning. Unfortunately for organizational reasons it has been not possible to return it here as a contribution to this edition, where only the presented texts by relators are reported.

For these reasons, to highlight the contribution of freshness and depth of the Conference, the Journal decided to publish those materials in their discursive style without reformalizing them. To them the redaction added other contributions that followed the thematic trail, sharing it with the editorial staff and with a large group of authors from different countries and cultures.

We have decided to introduce this edition, of which the Polish version of the Warsaw colleagues is also published (https://www.matrice.it/category/edicje/edycja42/),with a contribution of R.D.Hinshelwood, that presents some precious reflections elaborated on the occasion of the invitation in last year to participate to the Anniversary Conference of the atomic event of Nagasaky. The considerations, starting with the re-enactment of a visit to the Auschwitz death camp, focus on a question related to indifference: a risk, at the limit of the human, social and psychological understandable, of an alienation of the feelings of bond and care, that commonly qualify the human community.

With reference to the group-analytical model, Silvia Corbelladescribed the construction of identity in the group, with statements and examples having a lot of positive interest.

Mirella Montemurro and the co-authors R.A. Belpassi, C.Carnevali, S.Fabbri, S.Saponicontributed to the psychic meaning of violence and of perverse bond, also presenting clinical vignettes in different analytical and psychodramatic settings, from duals to plurals and of couple, and the process of the comprehension and transformation of pain into the analytic work.

Giuseppe Lo Piccolo deals with the theme of time and traumatic memory in a group of migrants: time is evoked by the images circulating in a Photolangage Group, which modulates the associative chain and transforms it into a containing and productive interweaving.

Maria Luisa Drigoand a team of operators of the ASL of Trento have developed a sensitive and consistent text that narrates the history and activities of an Emotional Laboratoryfor operators working with terminal, and chronic patients. They propose a model of clinical work to cope with pain, frustration and self-referential risk.

The framework of work testifies from different vertices that group thinking and psychoanalytic contribution provide opportunities to elaborating serious and profound traumas sharing them within a multiple and social setting, whose work device can be oriented according to the difficulty of the common field. The emphasis in the contributions to this edition of the group’s work and its specific processes, and the comparison with the “specialized” dimensions of the group (as M. Curi Novelli has nominated them in her book on anorexia Dal vuoto al pensiero), and homogeneous as they are been studied in the book Homogeneous Groups(Gruppi omogenei, edited by S.Corbella, R.Girelli, S.Marinelli, in Rome, Borla, 2004), brings out together in the perspective of the difficulties to be identified and processed, the productivity of its process.

In this edition the comparison between distant cultures and authors working in social contexts oriented with different sensitivities to the theme of conflict, diversity, marginalization and are inspired by different processing styles of the answers to give, has generated a synergy that increases the value of investigation and knowledge of the operations of the group. In particular, the work of the edition makes an important tribute to the knowledge of the small group with analytical function, which does a process in a specialized microcosm deputed to do it, able to make and exemplifying the work of the bond, and thus helping the wider group.

And now the reading. We will feel more connected.