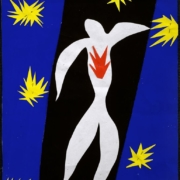 The preparation of this issue proposed by Paola Carbone on trauma and accidents during adolescence has had a long period of incubation that created a network of exchanges. First of all it produced an unusual editorial event (what authors treat such a specific and dramatic theme?) Secondly, a network of research (clinicians, theorists, and students exchanged pertinent information and questions), and ultimately creative communication and contacts (the large number of competent, courageous researchers with narrative capabilities in this field created dense and warm exchanges).

The painful theme of this issue paradoxically, had a regenerating effect on the curators, the authors and the editorial staff, so much so that we could even go as far as saying we sowed the seeds of knowledge, bonds and reparative hopes, and above all we were able to see a dimension of experience (the adolescent condition) recognised and individuated, not an occasional or a chronological dimension, but one that is part of the nucleus of subjectivity and the process of ‘subjectivization’: part of that field of shared elements of the group to END_OF_DOCUMENT_TOKEN_TO_BE_REPLACED

When adolescence from a latent quietude bursts onto the scene, it evokes metaphors that more often than not have to do with the negative effects of trauma. The transformations that come about in puberty brusquely invading the experience of the Self, are often seen as an accident (‘adolescence suddenly hit me’, explains a young girl pointing to her chest with a frightened air of someone who had been hit by a car) these transformations have a certain momentousness on the continuity of existence.

Similarly, the accident –the primary cause of death between the ages of 15 and 24 years, is not as it seems a casual event, but is an expression of ‘acting-out’, in other words an action with two sides to it, both equally significant, on one hand the action offers the subject a flight from awareness, and on the other, stages a trauma without speech.

When we consider the group we wonder what relation there is between group, adolescence and accidents. Frequently, parents and teachers ask themselves (and ask us also), what are the risks connected to the adolescent and the group, often threateningly seen as a ‘gang’.

We have observed that adults usually see the adolescent/individual (‘their’ son or‘their’ pupil), substantially level-headed and the group of adolescents as a risk factor. On the contrary, adolescents perceive the relation between risk and group in a completely different way: failing a year at school, bad health or losing the affection of their parents is not a priority problem. The most extreme risk for an adolescent is losing his/her place in the group, and so he/she believes it’s worth the trouble to expose oneself to END_OF_DOCUMENT_TOKEN_TO_BE_REPLACED

The author presents a specific training methodology for road safety education which he called “Pact for Acceptable Risk”. This method, in contrast with the traditional techniques of road safety education, involves a mutual commitment among the younger generation and the previous ones, and expects the acquisition of the meaning of the rule is linked to the acceptance limit, the result of an educational journey around the meaning of the codes and their regulatory function relationships. The acquisition of the Highway Code is the culmination of this path, which can only be achieved by involving the adolescent group. The peer group is proposed as a valuable social resource for the prevention and as a laboratory in which to prepare the individual to carry it from the destructiveness of unnecessary risk, END_OF_DOCUMENT_TOKEN_TO_BE_REPLACED

Through a contribution to the two books, “Le ali di Icaro” by Paola Carbone and “Il paradosso del giovane guidatore” to Anna Maria Giannini and Fabio Lucidi, it offers some ideas from examination of the results of empirical research conducted on the profile of young drivers at risk , which highlights the ambiguity of the concept of risk and its necessary END_OF_DOCUMENT_TOKEN_TO_BE_REPLACED

In the paper, tattoos and accidents are seen as two expressions of the omnipotent control that every adolescent feels he can exercise over his own body. The tattooed body expresses a form of control over the body that may even result in colonizing one’s skin. The injured body instead expresses the total loss of control over one’s body. I have tried to focus on some ways in which the attempt is made to exercise omnipotent control in adolescents.
One of the outcomes of the loss of control that the adolescent if exposed to is the fall, understood as the collapse of the grandiose self as intended by Kohut. In this regard, I have highlighted a reaction to the mental trauma, which follows the physical trauma, consisting in the attempt to restore the infantile grandiosity violated by the accident. In order to restore the grandiose self, the adolescent often refuses to deal with the traumatic area and to come to terms with the usually unpleasant reality which the accident exposes the body to. According to the paper, the group with adolescents conducted by an adult therapist makes it possible to approach and work through the trauma, instead of becoming isolated from the traumatic area in an attempt to relive the infantile grandiosity lost. The group with an adult can also help to contain the anxiety produced by the fear of losing the reference group of peers (Carbone, 2009), that is the group that continues to exist after the accident, albeit in different places, in meeting points that may vary and that for some time are surely distant from the fixed places the injured adolescent is forced to frequent. I have considered two different types of accidents, the traditional ones (including accidents during play, of which I provide an example) and non-traditional ones (including accidents induced by risk behaviour, like the ones END_OF_DOCUMENT_TOKEN_TO_BE_REPLACED