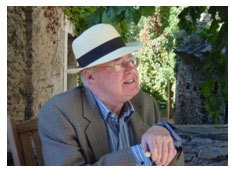 Dr W. Gordon Lawrence touched the lives of many of us across the globe in the worlds of psychoanalytic thinking and organisational consultancy and, as one close associate recently said,he was a friend, he was a colleague, without whom I would have done less, thought less, sensed less, achieved less, has died aged 79.

When working at the Tavistock Institute in the early 1980s, Gordon became convinced that there was a social and political context to people’s dreams.  He was heavily influenced by reading The Third Reich of Dreams by the German journalist Charlotte Beradt, (published in 1968), who asked her medical friends in the 1930s to collect the dreams of patients who consulted with them.  All these patients were Jewish.  The dreams were telling them of their horrendous future in Nazi Germany.  Gordon said reading them makes your skin tingle. In her book, Beradt said that the totalitarian regime of the Nazis generated paranoia in the German population, particularly Jews.  Gordon saw that it was possible to dream socially, to dream not about me, but what is happening to the human condition.  In the spring of 1982, with a psychoanalyst friend, Patricia Daniels, he began holding weekly Social Dreaming Sessions at the Tavistock Centre, these sessions were called ‘A Project in Social Dreaming and Creativity’.  Some years later when Gordon was working in Israel, invited there by Vered Amitzi, Hanni Biran, Sandra Halevy and Judit Trieste, to direct the first Group Relations Conference in Israel, he suggested social dreaming sessions.  Gordon acknowledged the enormous debt to the Israel Group, because it was through them than he was able to re-launch Social Dreaming. In 1988 Gordon directed a working conference with title Social Dreaming, Consultancy and Action-Research.He then started Social Dreaming conferences in London, Birmingham and Ireland.  In the 1990s he become one of the directors of what became IMAGO International, a small independent group of analysts, scholars, social scientists and therapists.Here, working with Judit Szekacs, he directed a programme of regular Social Dreaming Matrices in London and his mind and ideas were a driving force for diverse generations.  Social Dreaming started to flourish in Israel, Sweden, Germany, France, Italy, the USA, Ireland, Finland, Rwanda, South Africa, Holland, Denmark and India.

Social Dreaming is now the subject of PhD theses.  Its use has been developed to surface the unconscious and creative thoughts about issues in Management Teams, the preoccupations of disparate groups about social issues, at Conferences to surface the unconscious issues which are stalking the thoughts of participants.  Gordon was interested in bringing social dreaming into the worlds of education and work, as demonstrated in his 1998 book Social Dreaming@Work and by his own attempts to create businesses that could bring social dreaming into the workplace. By the time of the publication of Social Dreaming@Work, Gordon had started up Symbiont Technologies with Marc Maltz and Martin Walker in the U.S.A. When this project came to an end, Gordon, supported by his lifelong friend and colleague, Bipin Patel, made several attempts to create various versions of companies aiming to promote social dreaming under the name Social Dreaming Ltd. Gordon was President of the Gordon Lawrence Foundation, formally launched in Oxford in 2013, which has the purpose to educate people in the theoretical underpinning and use of Social Dreaming, as a discipline for discovering social meaning and significance in dreams, hence providing a platform for Gordon’s long held desire to encourage the development of Social Dreaming in education and academic research.  The Foundation plans to sponsor research, publications, conferences and events, also providing bursaries for young professionals to be introduced to Social Dreaming

In 1940, aged six, Gordon was sent to live with his paternal grandparents in the Parish of St Edwards, Buchan, Aberdeenshire.   He has written beautifully of these years, explaining how they spoke Doric at home but in the school they talked and wrote in English.  He described the rhythm and rituals of this life, Church on Sunday mornings, the visit to his Great Grandmother on the Sunday afternoons, the whistle blown at midday to summon him to dinner, the excellent food produced by his Grandmother, vegetables and fruit grown in the garden, the wet afternoons when Gordon would retreat to the loft above his Grandfather’s workshop and read copies of Modern Boy left there by his Uncles.  His Grandfather was the local vricht (joiner, blacksmith, sawyer, house painter and sometimes funeral undertaker) and with his wife ran a croft. He also witnessed the transformation of a growing tree into planks and boards.

Gordon’s early education was promoted by Mr Arklay, the headmaster of King Edward Primary School, who was an Edinbrugh graduate. His Uncle Sam told him of his experiences at Dunkirk and serving in the Far East. Gordon has also described being a member of a Moral Rearmament group as a 15 year old between 1949 and 1951, whose members were teachers, doctors and various other professionals in Aberdeen, with Gordon as one of three schoolboy members. These were weekly meetings, in the drawing-room of the leader, who would read aloud a passage from the New Testament.  He subsequently went to Aberdeen University from 1953-56, graduating with an MA in 1957.  After a short service commission in the RAEC, starting as Gordon Highlander, working mainly in education, he left the army with the rank of t/Captain. He then worked for Lloyd’s & Scottish Finance, but after a year moved back into education being a liberal studies lecturer at Charles Keene College, Leicester.  After a sabbatical at Leicester University, where he read the Sociology and Psychology of Education, he was awarded a Diploma in these.  He then joined Bede College, Durham, as a Senior Lecturer in the Sociology of Education, in Professor John Rex’s department.   John Rex subsequently became known for his influential work on race relations.

Gordon joined the Tavistock Institute of Human Relations in 1971 and worked for eleven years there as an action researcher.  In that time he was awarded grants by the Leverhulme Trust, the Department of Employment and two grants from the European Foundation for the Improvement of Living and Working Conditions.as a project officer. He was subsequently promoted to being a consultant, was a Joint Director of the Institute’s Group Education Programme and a Fellow in the Quality of Working Life.

After Gordon discovered Social Dreaming in 1982 he resigned and joined Shell International for three years.  Subsequently, he moved to the International Foundation for Social Innovation, Paris, but resigned when he was sixty.

He was a fellow of the Australian Institute of Socio-Analysis; on the editorial board of Free Associations (UK), Freie Assoziation (Germany) and Organizational and Social Dynamics (UK); and a former board member of the International Society for the Psychoanalytic Study of Organizations;later, a Distinguished Member.

In 1982 Gordon met Allan King, a film-maker.  Together they designed a working conference for unemployed Canadian citizens, exploring the experiences of being employed and unemployed.  Much of this four day event was filmed.  This resulted in the film ‘Who’s in Charge?’ which was shown at the 28th London Film Festival in 1984.  Gordon had contributed to an earlier film, “Them and Us”, for BBC Panorama in 1981. He also contributed to BBC Radio Four programmes talking about Social Dreaming.

In “Tongued with Fire”, a collection of Gordon’s papers on working with groups, published in 2000, he describes how, after leaving the Tavistock Institute, he worked with Eleanor Dorgan and Gerry French in initiating a series of conferences called “Authority for Faith” in Ireland.  Subsequently Alastair Bain invited Gordon to introduce “Authority for Faith” conferences in Australia.

Gordon worked in India, Australia, Canada, the United States, the Philippines, Taiwan, Burkina Faso, and Rwanda, as well as most European countries.  He had part-time appointments as a visiting Professor at Cranfield University, the New Bulgarian University, Sofia as well as other functions such as examiner for the University of the West of England. Gordon also wrote poetry and four of his poems were published in Aberdeen University Review.

Gordon published throughout his professional life, starting in 1965. Up to 2012 he had published seven books and over sixty articles. Some of the books on Social Dreaming were translated into Italian and Hungarian

Gordon married Esther in 1962, with whom he shared his love of music, art, travelling and above all, the good company of friends.  They had three children. One of their sons, Alexander, died tragically in 2005. He is survived by his wife, his sons Anthony and David, and six grandchildren.