Presentation, Adult in the childs and adolescents group 2

You are here: Home1 / Presentation, Adult in the childs and adolescents group 2 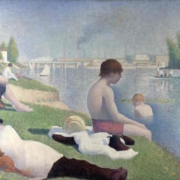 The key feature in psychotherapeutic groups with children and adolescents is highlighted by François Sacco in the opening article to this second issue, that focuses once more on the presence of the adult in these groups, in short ‘the encounter between the adult and group participants who are going through the developmental process’. Sacco maintains that even though this connotation is determinating for these groups, it cannot be separated from an other, (to which the French psychoanalyst, with Italian origins, holds to be very important), and that is, “the group…. where sexuality encounters an in fieri sexuality”.

The point of view that Sacco upholds, is that childhood sexuality is not merely ‘a simple stage of development’, but is ‘an essential organizing factor of the psyche’(F.Sacco, 2002).

The implications when children and adolescents are confronted by two adults rather than one adult in the group situation, are analyzed in Marabelli and Bomasser’s paper, and also by Iole Colombini. Marabelli and Bomasser sustain that the presence of a pair of therapists in the group introduces a twofold difference: the sexual difference, as well as with the generational difference. According to the authors, these two differences contribute to giving the therapeutic pair, an intensely-charged identity, defining it as ‘a distinct sub-group within the group’. They also believe that the co-therapists are not only seen as a generational object for the children, but as a dual object, representing both a married couple and a parental couple (Marabelli, Bomassar, 2002).

What we find interesting is, how the elaboration of the gender differences benefits from the constant confrontation between the sexual differences present in the adult sub-group and the children’s sub-group.

Iole Colombini agrees with Marabelli and Mobassar when she observes in her groups, that exchanges between joint therapists leads to their being seen as an “external group compared to that of the children”. The important point she stresses, is the comunication between the minds of the therapists, describing it as a consequence of “reciprocal projective identification”, but above all, leads to a “third area: a field of emotive energy to be unveiled” (Colombini, 2002).

Cristina Saottini deals specifically with the importance of an adult in a group of deviant adolescents, describing the specificity of the adult function in these groups in terms of a “regulating function”. She maintains that the adult conveys the language to be used in the group, striving to give voice and comprehension to suffering and pain that up until then had only been comunicated by gestures, without losing sight in this task of his/her authoritativeness” (Saottini, 2002).

Leonardo Boatti also considers the “modulating capacities of the adult”. In particular the capacity to notice, and consequently transform the anxiety that children feel whether as inanimated objects (likened to spinning tops) activated by inattentive adults, or as objects having to completely rely on adults for their vitality. The author describes how the group conductor decides when to behave like a spinning top, (like the children in certain stages of the group), putting him/herself in the hands of the children who assume the role as “activator” making him/her ‘spin round’. The inverse situation is described, when the group conductor is asked to be the “activator”, in other words, the one who activates and modulates the speed of the spinning top-children, thus leading to their recognizing the role of the trustworthy adult (Boatti, 2002).

On concluding, Vincenzo Ricciotti and Stefanella De Sanctis explain how the therapist is seen by the Health Service, in particular on his/her adult role within the institution (De Sanctis, Ricciotti, 2002). They have observed that the institution’s attitude is contemporaneously protective and persecutory, relegating the therapist to an infantile role in direct contrast with the type of educational and therapeutic work he/she is employed to do. In order to avoid the risk of disintegration that this situation can cause, the authors propose a “relative adult flexibility” whereby the therapist can integrate both aspects. 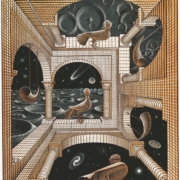 The ambiguity of the risk. Reflections on data of a research empirical thematic

Introduction Adolescents, group and new representations at the time of the internet

Daydreams of an adolescents group and of its conductor 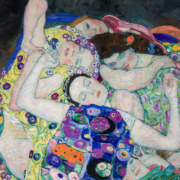 Transformational potentials of the peer group 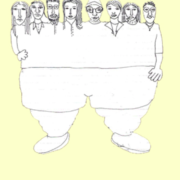 Introduction, “Adult in the childs and adolescents group”
The adult and the group in the years of growth

Dramatization and imagination in the “Squared Civitas” The psychosis is...
Scroll to top